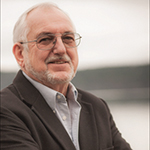 Paul Gauthier
Founder and Chairman of the Board

Seeing a missing gap in the need to connect providers with their local Medicare population, Paul Gauthier founded MedicareCompareUSA in 2011 and served as the company’s guiding force and chief executive officer through its first eight years of unprecedented growth. That growth led to a company reorganization in January 2020 and the creation of MCUSA Holding Company for which Paul serves as Chairman of the Board. In that role, he continues to be actively involved in the company’s strategic direction and growth. He brings with him a career spanning more than 40 years serving in leadership capacities with numerous organizations in the fields of hospital administration, healthcare consulting and Medicare insurance operations.

Paul began his career as a CPA with the firm of Ernst and Ernst, specializing in hospital consulting, bond issues and HCFA cost report appeals. Mr. Gauthier then spent more than a decade serving in hospital administration, program development and insurance management within the UniHealth Hospital System.

During the next 12 years, Paul founded and served as chief executive officer of Olympic Health Management Systems. The corporate holdings of Olympic Health included multiple insurance agencies, a national hospital consulting practice, and the largest third party administrator for Medicare Supplement insurance. In 1997 Olympic Health was acquired by AON Corporation, and Paul served for five years as the chief architect of the national Medicare Advantage program known as Sterling Life.

Schedule a meeting with me
Page load link
Go to Top